Stan Miller has been a professional painter in watercolor and egg tempera for more than thirty years. He has exhibited his paintings in numerous exhibitions, galleries and museums and is a signature member and award winner with the American Watercolor Society. 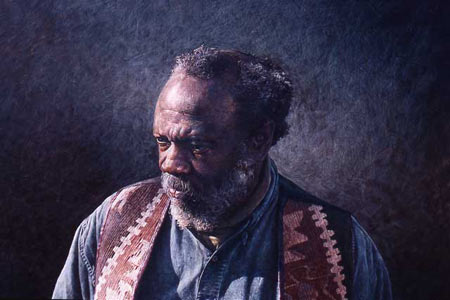 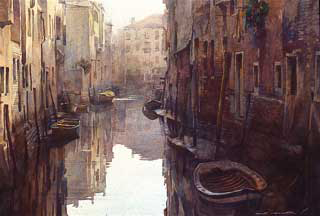 A number of articles in major art publications have been written about his work, such as: Watercolor Magazine June 2014 Issue, The American Artist / Watercolor Magazine / Summer Issue 2010, The Artists Magazine July / August 2010, The Artists Magazine June 2010, The French magazine, Pratique Des Arts, recently featured Stan in their December 2010 issue, and his work was included in Best of America Watermedia Artists 2010, (Volume II). His work was in the 2010 AWS exhibition in NYC. He won the grand prize in the Watercolor Magic Magazine national painting competition in 2006. In 2004 he won first place in landscape in the Artist’s Magazine National Painting Competition with over 15,000 entries. In 2006 he instructed a workshop with Plein Air Painters of America in France. In 2002 he won the Desser Award in the American Watercolor Society exhibition.

Stan Miller talks about the Importance of Stillness in Creativity, (part 1), see this and other videos in the “About Us” section of the menu

In 2011 Stan conducted a workshop in Canada for the Canadian Federation of Artists. Although unavailable, he was asked to jury the National Watercolor Society 2012 Exhibition. He continues to give workshops around the United States, Canada and Europe and we are excited about his return to Casa de los Artistas.